Ponies One Away from Sweeping Erie 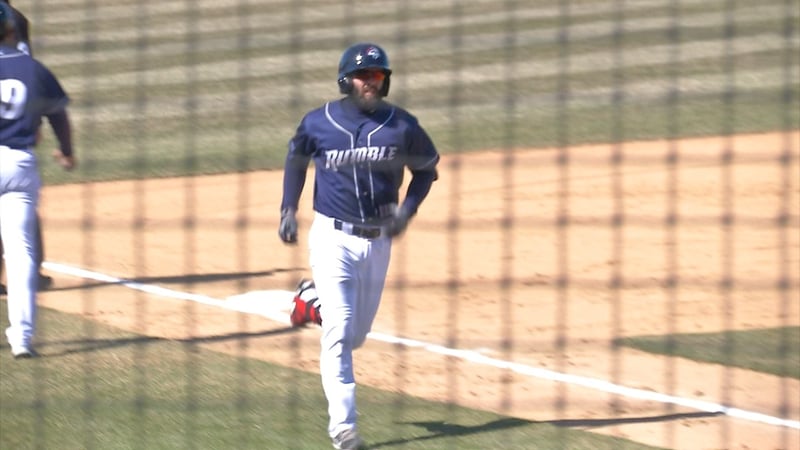 The Binghamton Rumble Ponies collected their second win in as many days on Saturday afternoon, edging the Erie SeaWolves 4-2 at NYSEG Stadium. Mickey Jannis tossed five innings of three-hit baseball in his return to the Southern Tier, while the combination of timely hits and bullpen strength helped propel the Ponies to their sixth win of the season.

Jannis (1-0) wouldn't allow another run the rest of the afternoon. The Knuckleballer struck out three across his five innings in his first Rumble Ponies start of 2018.

The Binghamton bats responded in the bottom of the third with two runs to tie the game. Levi Michael wasted no time as the lead-off man, blasting his first home run of the season off of SeaWolves starter Kyle Funkhouser. After Andrew Ely walked and John Mora singled, Peter Alonso's run-scoring double play pushed Ely across to tie the game at 2-2.

The Rumble Ponies eventual game-winning run crossed in the bottom of the fourth. Jeff McNeil set the table for Jhoan Urena by mashing a one-out triple into right-center field. With Urean at the dish, McNeil darted home safely on Funkhouser's lone wild pitch, earning Binghamton a 3-2 lead

Funkhouser (0-1) lasted as long as Jannis, going five innings of three-run ball. In his third-ever Double-A start, Funkhouser struck out nine and walked one.

Austin McGeorge, David Roseboom, and Eric Hanhold combined to shutout the SeaWolves over the game's final four innings. The trio had three strikeouts without issuing a walk.

Binghamton (6-7) concludes its three-game set against Erie on Sunday afternoon at 2:05 PM at NYSEG Stadium. The Horizons Federal Credit Union pregame show starts at 1:50 PM and can be heard on NewsRadio 1290 WNBF and the Binghamton Rumble Ponies channel on TuneIn.

POSTGAME NOTES:Erie has scored first in both games of the series…Levi Michael's home run was his first since August 25, 2017 (with Rochester)…Rumble Ponies struck out a season-high 14 times.