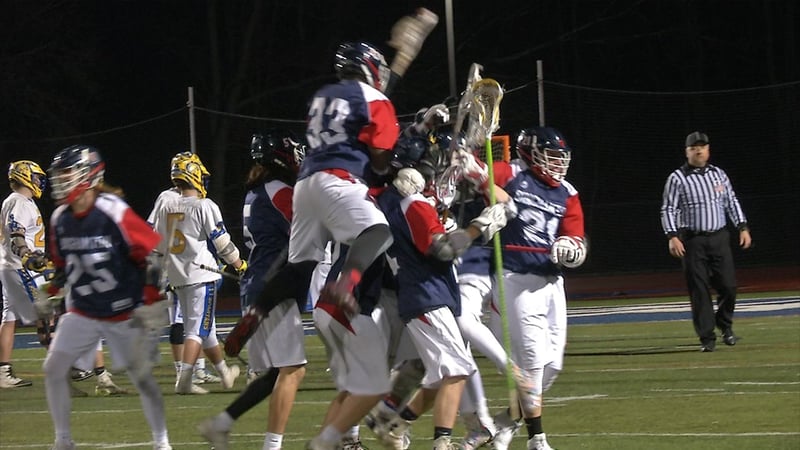 The Maine Endwell boys lacrosse team has yet to win a game this season as they entered tonight's game 0-6 and on the other side of the field was the 0-7 Binghamton Patriots. Therefore, you can only imagine how hungry both teams were for a win tonight.

The Maine-Endwell Spartans hosted the Binghamton Patriots. Going into the 3rd quarter, the Patriots led 4-2 and it quickly became a thriller.

In the start of the 3rd quarter Brenden Bocinski found his way from behind the net to out run Binghamton's defender and bury the top shelf goal.

Tyler Leniek found Matt Testani alone in the front of the net, allowing the Spartans to be right back into the game, trailing 5-4. But, once the fourth quarter came around, it was do or die as each team continued to make their tie-breaking shots.

Binghamton Patriot Ed Baker scored the go ahead goal with eight minutes left in the game, to put Binghamton at a 7-6 lead. But, that wasn't the best part.

With 35 seconds to go in the game, Spartans trailed 8-7 and it was Frank Meyer who tied up the game with his goal.

But, the story book ending has to go to Patriot's Ed Baker who scored an impressive goal as it is, let a lone the fact that it was the game winning goal with 1 second left in the game.