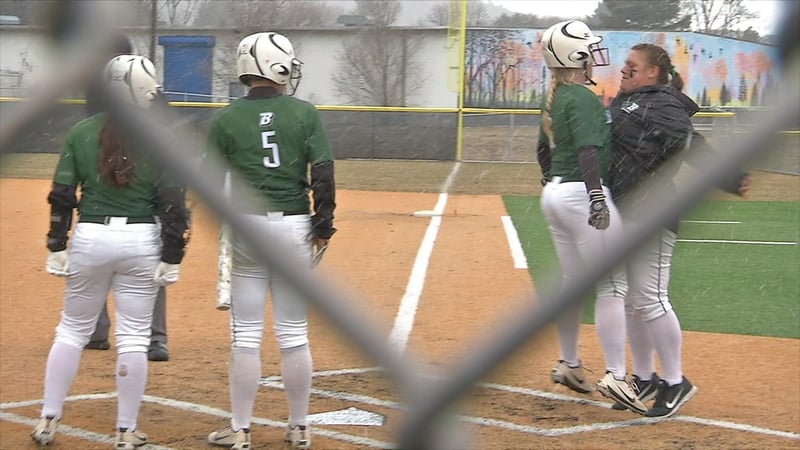 Sophomore pitcher Rayn Gibson tossed a five-hit shutout and Binghamton (9-14, 2-1 AE) hit four home runs to defeat UMBC (7-23, 2-4 AE) in an America East softball game on Sunday afternoon at Chenango Valley High School. With the victory, the Bearcats take two out of three games from the Retrievers in their first conference series of the year.

Pitching in frigid temperatures with snow flurries throughout the game, Gibson recorded her second complete-game victory of the weekend as well as her first career complete-game shutout. She struck out nine batters and issued just three walks.

Gibson and the Bearcats got out of a bases-loaded jam in the top of the third inning and kept the game scoreless through the middle of the fifth inning. Freshman catcher Hannah Lyons then broke the shutout with a one-out solo home run in the bottom of the fifth inning.

Rutherford and Lyons each finished the day 2-for-3.

Gibson improved her record to 5-5 while Kim Puico fell to 6-14 with the loss.

Price and sophomore designated player Kassidy Seary each finished the weekend with a team-best .500 batting average. Price homered twice and led the Bearcats with four RBI. Rutherford was 4-for-10 (.400) while Lyons hit .375 (3-for-8) and scored a team-high three times.