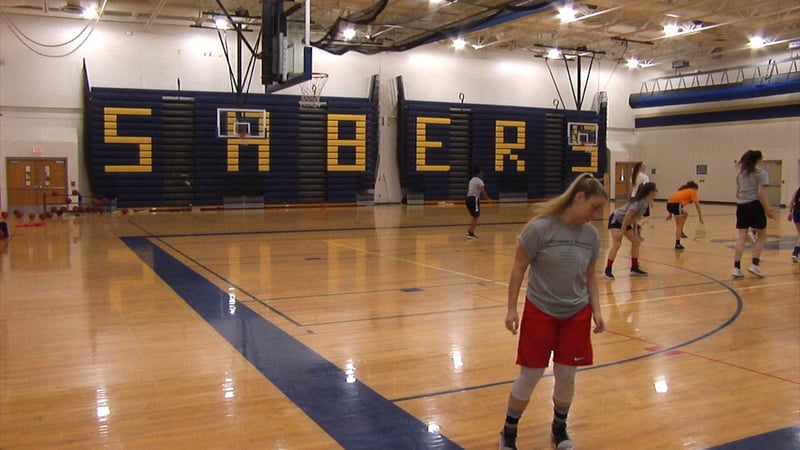 At 20-0, and a Southern Tier Athletic Conference (STAC) championship under their belt, the Susquehanna Valley Lady Sabers varsity basketball team is seeking a perfect winning season and a NY State title to end the 2017-18 basketball year.

Rebounding from a 2016-17 season that left much room for improvement, SV now boasts 7 seniors returning to play varsity basketball. Bringing with them a strong sense of comradery and a duty to succeed. But as great as winning a local conference feels, the Sabers seniors know that climbing out of the Section IV, Class B tournament with a first place finish would definitely earn them the respect they deserve.

"Banners...we always talk about banners. When you leave [SV] and you come back, the banners are always there," said Chad Freije, Sabers Head Coach.

A goal that Freije has preached to his girls is legacy, leaving behind something that will be remembered forever. He said he wants his players to strive for filling the accomplishment banners hanging from the school's rafter with as many records as possible. "The Division, the STAC, the Sectionals, and the State championships; we want to fill them with as many as we possibly can."

But how do these girls continue to outlast and outplay their opponents every week? Maeve Donnelly, a 6'4" junior, said it's the high level of intensity brought on from years of playing basketball together and learning from the team's mistakes.

"Every time we lost before, it was hard to see past that moment. But now we support and tell each other 'next game.' Luckily, we haven't had to that this year," said Maeve Donnelly.

20-0, and a STAC Championship under their belt, @SVGirlsBball14 is eyeing States and staying perfect on the year. #saberland @wicztv pic.twitter.com/0dYw8pFLEf

Susquehanna Valley will host the winner of Norwich and Oneonta, Wednesday, February 28 at 6:00 p.m., to move past the Class B final four. If SV wins, the Sabers will move on to the championship.