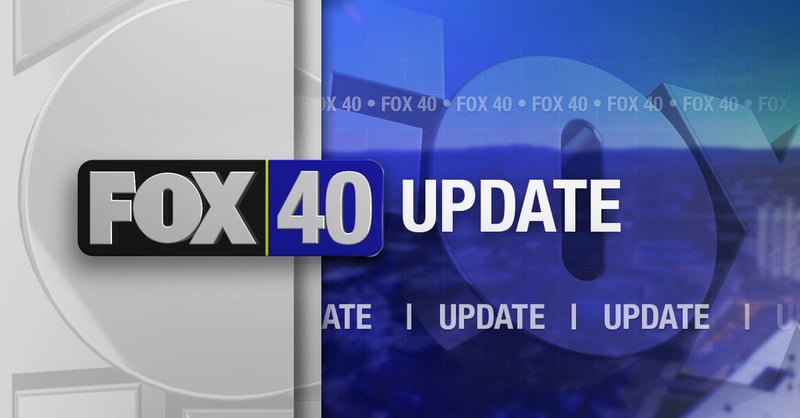 Tom Rutledge, CEO of Spectrum continues on his quest to deny his customers the programming they want and are paying for. This past weekend many of you missed the Daytona 500. A race that to many of you is bigger than the Super Bowl. Why is he doing this you ask? Because he can. While you have choices in video you have no choice in broadband and that monopolistic power is what allows him to not care about what his customers want.  He continues to refuse you a refund for the programming you have paid for but have not received from Spectrum. Even more, he hasn't even bothered to respond to your emails. When you do get any response it's the same propaganda they have been looping on your television screen. Their strategy is simple, if they lie long enough and call Northwest a liar then sooner or later you will believe their lies.

Many of you have told us that Spectrum is sending you the response below when you've contacted them. In an effort to set the record straight please see their email below from their Video Support Supervisor. Highlighted in yellow are Northwest's responses to the fabrications you are being sent. At the end of the day what you want is a resolution to this. Please understand Northwest tried to avoid this by offering Spectrum extensions so all of this could have been avoided while we privately worked through this negotiation without disruption to you. Unfortunately, Spectrum made the cold, calculated decision that they just don't care about their subscribers and they believed that their public relations machine could convince you that they are innocent in all of this.

Based on the hundreds of you I have talked to and communicated with via email, Spectrum made a serious miscalculation. This should be no surprise to many of you because Spectrum has a history of this kind of behavior. The Better Business Bureau states on their web site that Spectrum has a pattern of complaints alleging poor customer service, billing errors and misleading advertising, https://www.bbb.org/stlouis/business-reviews/cable-tv/charter-spectrum-in-saint-louis-mo-110075917. It also says consumers reported receiving no notice about rate hikes and slow internet speeds. There is also an outline of the lawsuit filed against Spectrum, February 2017, by the New York attorney general which alleged Spectrum lied about internet speeds. It also outlines a settlement with the Missouri AG alleging Spectrum violated state and federal No-Call and telemarketing laws. Spectrum was also brought before congress in June of 2016, to discuss, "Customer Service and Billing Practices in the Cable and Satellite Television Industry" https://www.gpo.gov/fdsys/pkg/CHRG-114shrg21423/pdf/CHRG-114shrg21423.pdf. What came out in that hearing was that Spectrum was overbilling some of its customers and had to provide refunds to those overbilled.

Based on their history of customer deception do you really believe what they are telling you now? When you look at the BBB report about poor customer service and billing abuses along with the lawsuits brought by the Attorney general of several states, the only logical conclusion is that Spectrum just doesn't care about their customers and unless Spectrum is forced by law or Congress they will continue to operate like the monopoly they have become.

Regardless if Tom Rutledge answers you or not please continue to tell him how you feel about the way he is treating you. You are their customer and you have to hold them accountable. So take the time to review your bill and report them to your State Attorney General when they over bill you or when they sell you internet speeds that are slower than what you bought. Tell your mayor or other local, state and federal representatives because Spectrum has to be held accountable for its actions. While they have been given a virtual broadband monopoly in your town, it does not give them the right to treat you unfairly and not give you what you have paid for. I have heard your complaints about Spectrum and the way they are treating you; now is your time to gather your friends, fire up your social media and go viral. You can reach Tom Rutledge at: tom.rutledge@chartercom.com  203-905-7999

I am sorry you are all in the middle of what should have been a private negotiation without disruption to you.

Spectrum's response to your communications with them. Highlighted area are Northwest's response:

1. It is against Federal Law for us to continue to carry their stations without their consent, which they refused to give us. They refused our request to leave the channels on while both sides negotiated. We had no choice. Spectrum is correct they need Northwest's consent. The truth is, Northwest did not refuse Spectrum's request, Northwest gave Spectrum consent so that this current disruption could have been avoided. To be clear, Spectrum refused the extension offered by Northwest. Spectrum then pulled the stations down with 10 minutes notice and  proceeded to accuse Northwest of pulling the stations down.

2. The week before the channels were pulled, Northwest Broadcasting was demanding more than a 140% increase for the same services as previously provided. They wanted us to pay nearly double what we pay any other broadcast station across the 40+ states we serve for the same service. Northwest didn't demand anything, this was a negotiation until Spectrum refused to negotiate and pulled the stations down causing their subscribers to miss the programming Spectrum is charging them for. This should have remained a private negotiation without disruption to you. Unfortunately Spectrum chose to use their subscribers as pawns making them collateral damage in Spectrum's quest to gain leverage on Northwest.

While we’re making progress, the year over year increase is still ridiculously high. The rising cost of programming is the single greatest factor in higher cable prices, and we are fighting hard to hold the line on programming rates imposed on us by groups like Northwest Broadcasting. There is no progress being made because Spectrum has not had any communication with Northwest since they pulled the stations down denying you the programming you are paying them for.

3. We offered a fair proposal, with fee increases that are well above the rate of inflation for the same programming. They refused it. This is a negotiation and how a negotiation works is that both sides put proposals on the table each party thinks is fair and then both parties work to find common ground to reach an agreement. Spectrum is so used to telling their customers, take it or leave it, they have forgotten how the process is supposed to work. Spectrum likes to say Northwest refused their offer but in fact Northwest did not refuse their offer Northwest countered Spectrum's offer and offered to extend the agreement to avoid the current disruption you are experiencing now.

4. Lastly, to be clear, this is a Northwest Broadcasting tactic that has been repeated over and over again. They’ve pulled their channels from DirecTV, DISH, Cable One, Verizon and Frontier over the recent years. Here is one example Spectrum has negotiated deals with more than 100 broadcast stations in the last 12 months with no disputes. While we’re not surprised, we are very disappointed in their decisions. Northwest has never denied being in tough negotiations over the years. Many of those were about things other than rates. The fact remains Northwest has completed 20 plus deals with various video providers over the last year and Spectrum was offered similar rates and terms as all the others. What makes Spectrum different, they stopped negotiating and pulled the stations down, weaponized their subscribers and launched a campaign to convince their Subscribers that it was Northwest who caused this. They are not telling the truth just like they don't tell you the truth when you call Spectrum's customer service department and ask for a refund or why Spectrum took away programming they put into a different tier they want to charge you more for or the multitude of other lies Spectrum has told that many of you have mentioned in your emails!!

Our negotiations are about one thing; reaching an agreement that is fair to our customers by keeping rates down. Spectrum's words "fair to our customers" ring hollow based on how you all know you've been treated by Spectrum. Based on your experience with them do you think they have been treating you fair when they change your programming package without notice or when they raise your rates also without notice. Are they fair when their promotion price expires and they double your fees? Are they fair when they refuse to refund you for programming you are being charged for but not getting? Are they fair when your internet speeds are less than what they promise? Is it fair that Tom Rutledge pays himself a 98 million dollar bonus while his employees have to go on strike to get a pay raise? Fair is not a concept that Spectrum understands or adheres to when it come to their customers or their business partners.

We hope to be able to return this programming soon. Hope is not a strategy and if we are to reach an agreement Spectrum is going to have to re-engage in a good faith negotiation.

Thank you for your patience.