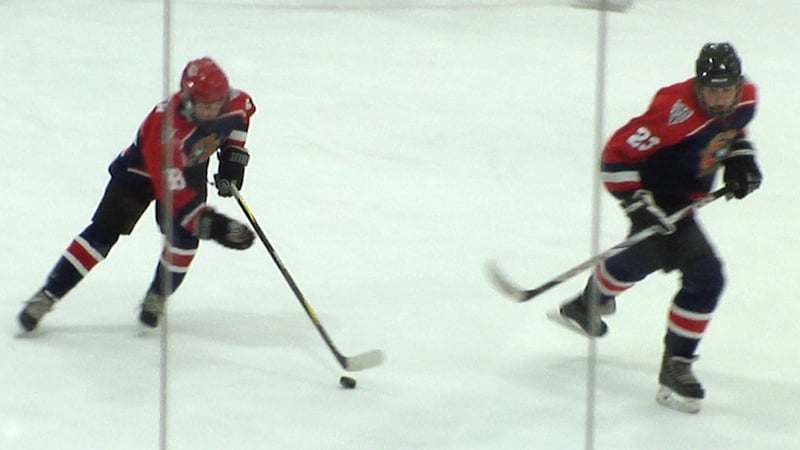 The Blue Devils reached the scoreboard first, as the freshman, Bryce Kimble, was found on the end of a crossing route to put Chenango Forks up 1-0.

But the lead did not last for long, Vestal's Christian Palmiter fired the puck inside Fork's territory from mid-distance, but the shot was deflected by . Cleaning up the deflected puck, Derek Avery had a nice wrister to knot the score at 1-1.

The all-star of tonight's game has to be Christopher Brewster. Forks' goalie only allowed one goal on 35 shots.

Chenango Forks scored two more goals in the third period, including an empty net goal by Kieran Horton, and the Golden Bears are eliminated from the playoffs.

Blue Devils will face off with the Elmira-Horseheads Express tomorrow at 6:45 p.m. for a shot at the BCHSHA championship.