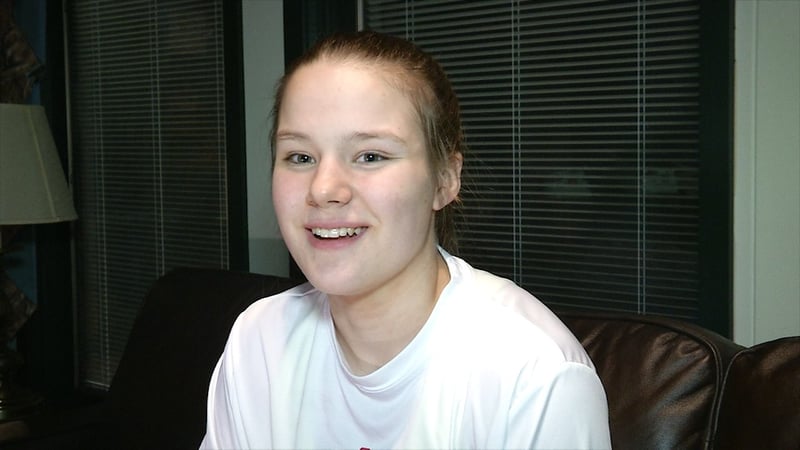 At the age of 15, and averaging 16.5 points, 4.8 rebounds, 2.5 steals and 1.5 blocks per game, Donovan has already attracted the attention of nine different Division I college programs.

Her success on the court has gained her attention that she said can be "overwhelming" at times, but with the support of her teammates and coaches over the years she feels she can bring a high level of intensity wherever her path may lead.

"These [offers] started coming early, especially for someone my age. I always have to stay humble and appreciative for everything that I have," said Kasey Donovan.

Coming off of a 25 point night against Corning, Monday, Donovan said her success can be attributed to her current and former coaches, as well as playing basketball against other boys in an AU League.

"I started with the boys when I was younger. When I played, I was just like any other boy out there," said Donovan.

According to Kasey she hasn't decided to sign a letter of intent with any college yet, because she's still deciding on what program will offer the best education for her future.

Owego girls varsity basketball team will be heading to Johnson City to take on the (6-6) Wildcats, Thursday. Game time is 7:15 p.m.