SUNY Broome and Davis College take to the hardwood 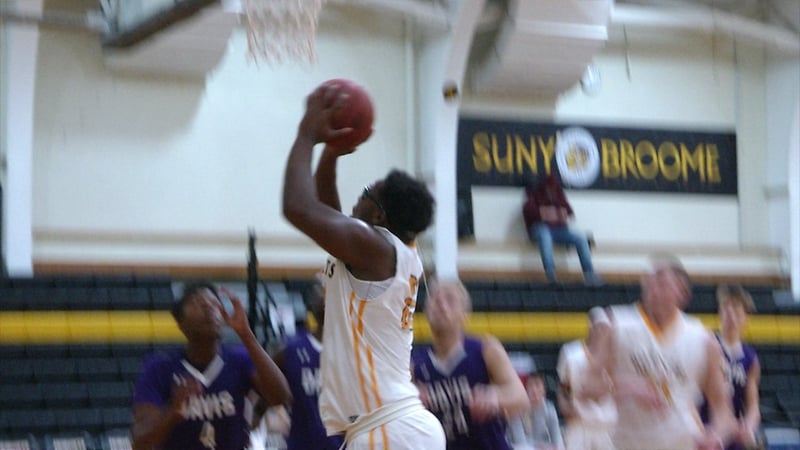 Two local college basketball teams met on the hardwood, Saturday, one searching for their seventh win and the other, their third, both wanting bragging rights.

SUNY Broome Hornets hosted the Davis College Falcons, and from the word "GO" this one went back and forth.

Grabbing the first half lead, Davis led 43-30, but the Hornets' swarm would not go away. Getting Broome's first points in the second half, Reginald Vaughan, pulled up a nice floater to bring the Hornets within 11.

It wasn't until the third period when Broome was able to close the gap. Leading the Hornets with 22 points, Raheim Grant worked his way inside to grab a nice double-double and tie the match at 79-79 to force an overtime.

But in OT, Davis College proved they wanted the win more as Kelvin Tompkins mounted a 22 point night and helped secure the 99-92 victory over SUNY Broome.

Davis College's next game is at Luzerne County Community College, January 25 at 7:00 p.m.