Traditions Homestead: A Crossroads For Two Local Giants Of Industry 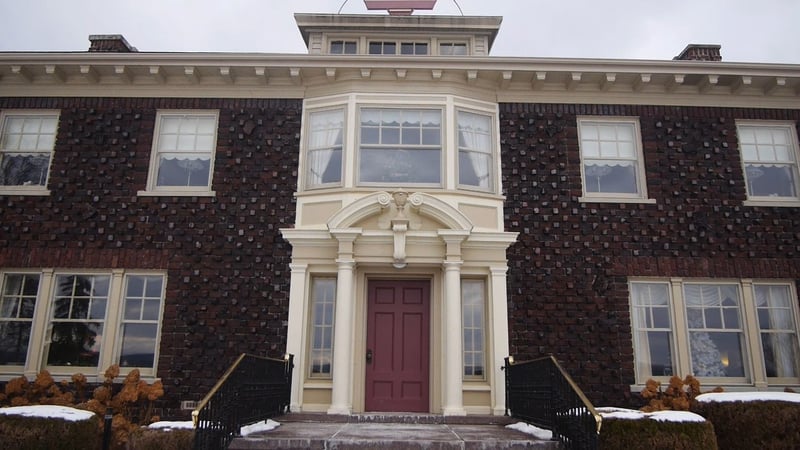 Before it was a hotel, even before it was the IBM Homestead, the mansion at Traditions at the Glen was home to an employee of another influential company.

“He was an interesting person. He was treasurer of Endicott-Johnson and he and George F did not get along," says Suzanne Meredith, Town of Union Historian.

Eliot Spalding may have won himself the spot of George F Johnson's least favorite executive. Spalding came from old money, which made self-made Johnson a little bitter, not to mention Spalding's conservative leanings.

They just clashed on many levels.

When Spalding build his mansion on the hill in 1918, Johnson had much to say on the matter.

“Actually, Mr. Johnson thought it was ostentatious. He also thought Spalding was a spendthrift because he had two governesses for his one child," says Meredith.

Spalding's daughter, Elizabeth Rosalie was the center of his universe, whether or not Johnson approved. Spalding had her in mind while building his mansion and named the estate Rose Hill after his daughter. 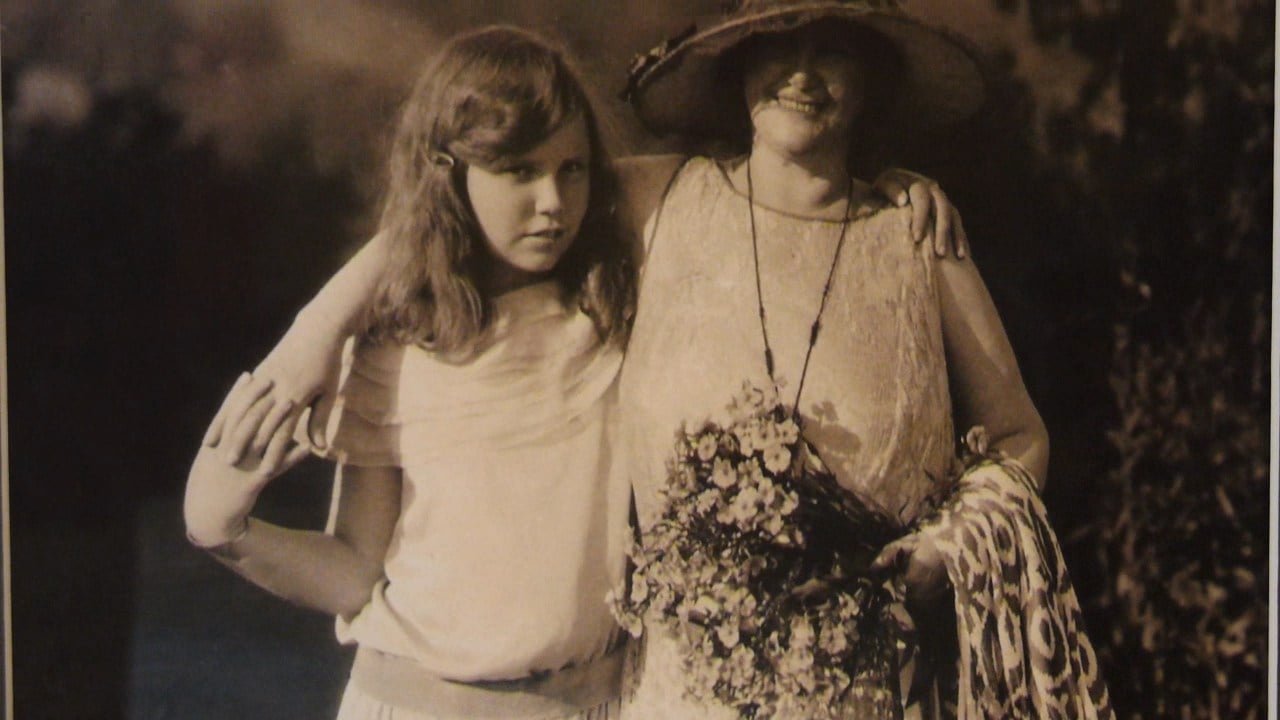 While Johnson thought it was showy, the building has proved to be sturdy. The recycled bricks Spalding used to build his home can be identified by a stamp that reads "Binghamton Paving Company." Those bricks built a sturdy foundation that has long outlasted the Spaldings. The family sold the mansion to the Kalurah Shriners in 1925. The Shriners used it as a clubhouse before selling the property to IBM in 1935. The tech company saw it as the perfect location for training and networking. They called it the Homestead.

Because they wanted to make people feel at home when they came here.

— Olivia La Due, Homestead Historian at Traditions at the Glen

It would become a home for employees and customers alike.

“So not only was it a place where sales executives and managers would come here to learn the latest technology, but they would also invite different customers in," says La Due, "That way they were able to make that connection and that bond, which in turn would help increase their sales.”

CEO Thomas Watson would hang his hat by the door and mingle with his customers. The man behind IBM spent a lot of nights in his personal quarters at the mansion. That room is now split into two suites. The Thomas J Watson Suite and the Jeanette Watson Suite, named in the honor of the boss and his wife.

The Homestead would entertain famous guests like Eleanor Roosevelt and Bing Crosby. The room where Dwight D Eisenhower stayed before he was president is also named for its famous occupant.

Those were the guests that stayed inside the mansion. Plenty more slept on the lawn. 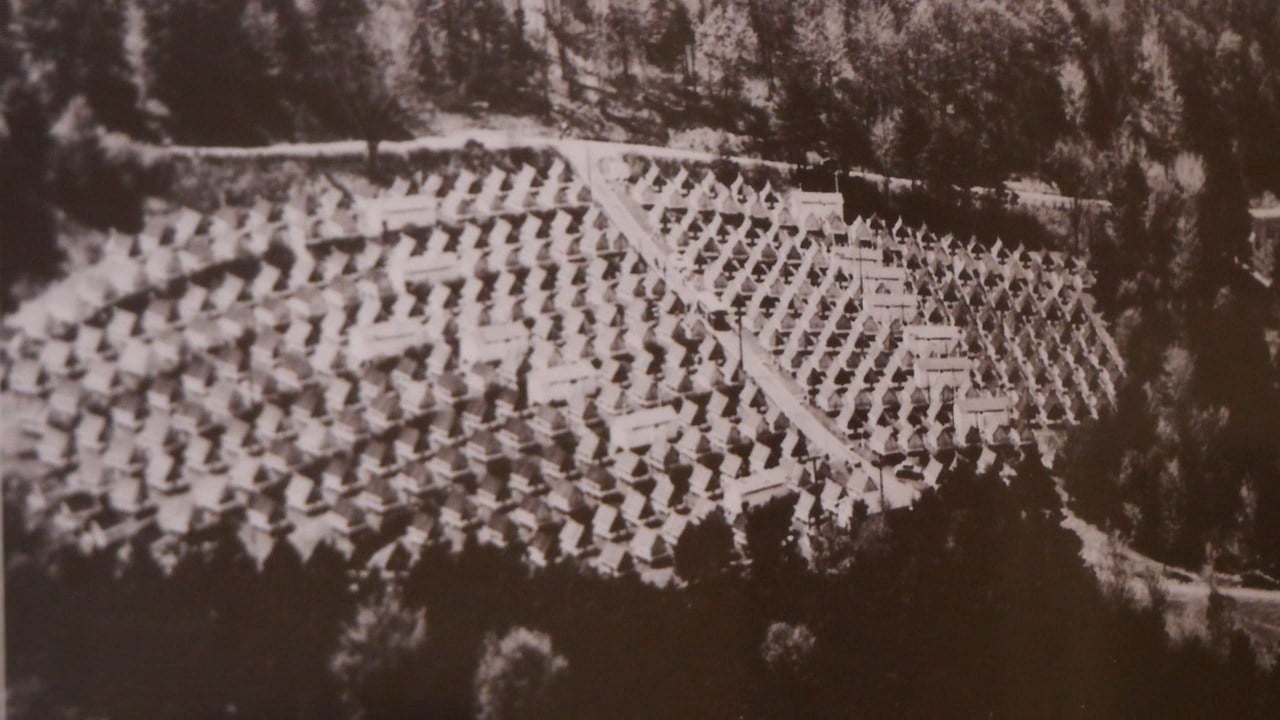 Sales associates who met 100% of their sales goals were invited to stay in tents on the property for a week-long celebration.

"Tent City" stretching out over the front lawn, sloping down toward Watson Blvd. Known as the 100%ers club, it was a by invitation only celebration for IBM sales associates who met 100% or more of their sales goals.

“They had a huge tent where they had their IBM pep rallies, and they sang songs like ‘Hail to Watson’ and ‘Ever Onward IBM,'" says Meredith, "They were very pro-IBM."

In the 1990s, things were changing for IBM. Locally, the company became more focused on tech support. Manufacturing was moved to bigger cities across the country. There was no longer a need for the training ground at the Homestead. The doors were shut on that chapter of the building in 1995.

Traditions was formed in 2004 when the mansion was renovated and preserved after sitting vacant for nearly a decade. 100 years since Spalding built his mansion and the history is very much alive.

The original moldings, tiles, and ceilings are all in tact. And guests, whether their stays were short or long, have left their mark on the building.