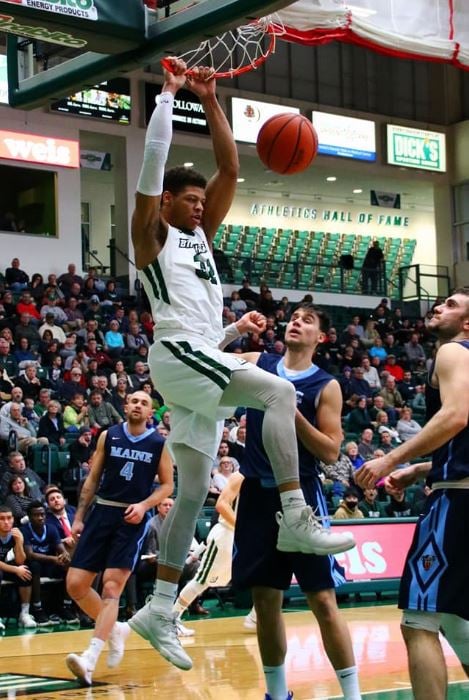 The Bearcats led by as many as 10 points early in the second half but Maine hung around with 55 percent shooting in the final period and took the lead for good with 4:17 left. Down 67-61 with 3:49 left after the 14-0 run, BU twice cut its late deficit to two - the last on a jumper from senior forward Willie Rodriguez with 0:51 left that made it 71-69. But the Black Bears responded with a three-pointer from Aaron Calixte with 0:27 left to give them a 74-69 lead. After a dunk from junior center Thomas Bruce with 0:15 left and two free throws from junior guard J.C. Show (20 pts.) with 3.7 seconds left, BU pressed for an inbounds steal and nearly had it before Maine corralled the loose ball and made the decisive free throws with 1.1 seconds left. A Bearcats' half-court heave was intercepted at the buzzer.

Show tallied 13 of his team-high 20 points in the second half and Bruce wound up with 12 points, seven rebounds, three steals and two blocks in his first game back after missing two with an injury.

Both teams struggled out of the gate and 10 minutes into the game, BU led 10-7. A 15-7 Bearcats run featured four points apiece from junior forward Caleb Stewart and junior guard Everson Davis and gave the hosts a 27-19 lead. Binghamton held Maine to just nine first-half field goals and led 34-27 at intermission.

The Bearcats will now play back-to-back road games at New Hampshire (Wed.) and Hartford (Sat.) before hosting Albany on Jan. 15.