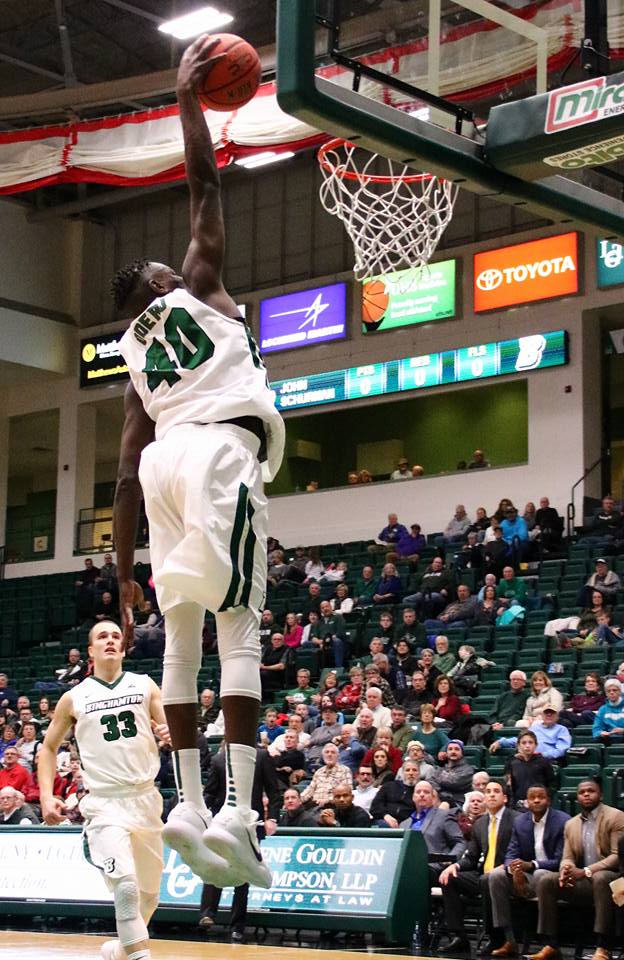 The Bearcats made their first eight shots and opened the game with a 17-2 run to take control. Binghamton led 53-37 at half and then put 60 points on the board in the second half, thanks to 75% shooting (21-of-28). Eight players had eight or more points and all 12 healthy Bearcats scored three or more.

Senior center Bobby Ahearn had 16 points and seven boards. In just his second collegiate game, freshman forward Albert Odero netted 13 points (5-of-6 FG) with three assists and two steals. Odero scored his first collegiate bucket on a three-point play with 45 seconds left in the half and then flashed his athletic ability with two dunks and 10 points in the second half.

Binghamton tied the record set last season with its ninth non-conference win of the season.

The Bearcats open their 16-game America East slate with a home game against Maine next Saturday, Jan. 6.