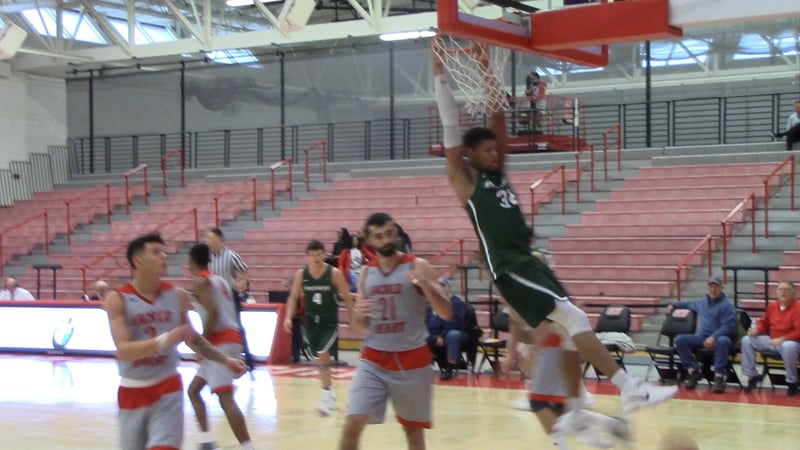 Show scored 14 of his game-high 21 points in the second half, when Binghamton rallied from a 10-point deficit to even its road mark at 3-3. The Bearcats trailed 48-40 with 9:16 left before holding the Pioneers scoreless the rest of the way (0-for-13 FG).

After Show's go-ahead trey, which gave BU its first lead of the game, neither team scored in the final 1:35. Sacred Heart missed its last chance on a straightaway three attempt with 0:03 remaining.

The Bearcats trailed by as many as 14 points in the first half after starting the game by missing 8-of-10 shots. They cut their margin to 10, 33-23, at the half.

Binghamton returns home briefly before heading to Penn State for a first-ever matchup with the Big Ten member Nittany Lions on Tuesday.