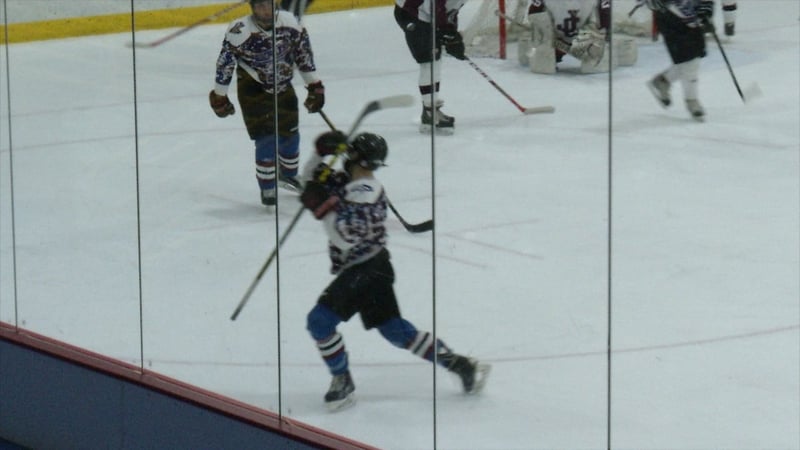 Undefeated Elmira-Horseheads matched up against one-win Johnson City on the ice, with the Express scoring late to come away with a win in overtime, 6-5.

Union-Endicott Tigers fought hard against Maine-Endwell Spartans, but it was M-E that came out firing after remaining tied in the first period, winning 7-1.

It came down to a shoot out between number one ranked Express and the Wildcats. Although JC's goalie, Rebecca Reynolds had nearly 30 saves in the game, she was unable to stop Nathaniel Gee from converting the only goal in the overtime shootout. Elmira-Horseheads remains unbeaten in the season.

According to Express' center, Nathan Cook, the key factor to remaining without a loss against opponents comes down to team chemistry. "On the ice and off the ice...we've gotten to know each other and we've gotten very confident in each other. We're a real team."

Elmira-Horseheads' next game is scheduled for December 16 at 7:00 p.m., located at the SUNY Broome Ice Center.