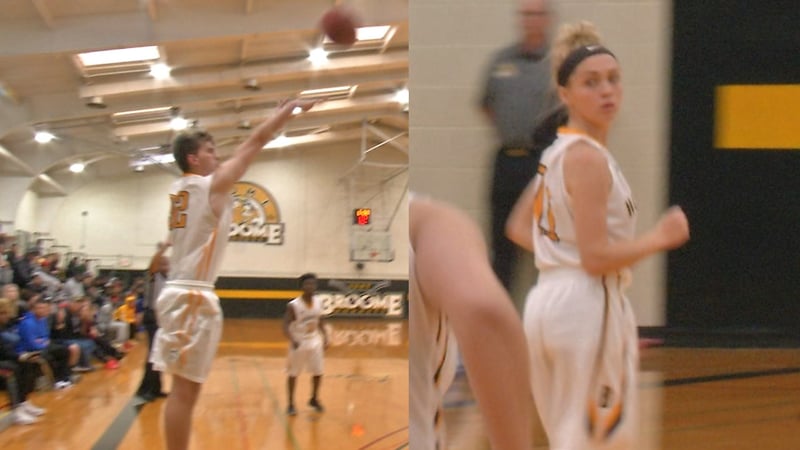 Both the men and women SUNY Broome Hornets fell to the visiting Fulton Montgomery Raiders, Sunday.

The Lady Hornets held a first-half lead by a score of 34-29, but offensively went flat scoring only 13 points for the rest of the match, against the Raiders 42 second-half points.

Hornets' men met a similar fate, losing 90-82 against the Raiders.

At the half, Broome trailed by one, 45-46. Lucas Iacobucci (#13) came out of the locker room shooting for a combined 24 points tonight.

Reginald Vaughan (#2) continued his skills from the first half, scoring 17 points against the Raiders.

But the Hornet men lose to Fulton Montgomery and walk away with a record of 3-6 for the season.