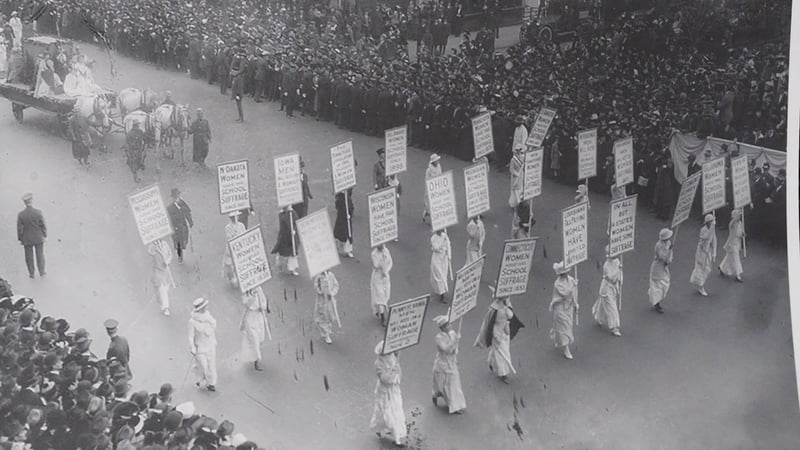 Several events have been planned to commemorate the 100th anniversary of women winning the right to vote in New York State. One of those events, a recreation of the 1913 Binghamton suffrage parade, is calling on local women and men to participate.

The Broome-Tioga Suffrage Anniversary Committee is looking for reenactors to dress in period clothing and march through downtown Binghamton on October 7th.

"To dress up in their garb, wardrobe, is a way for us to honor their legacy," says Assemblywoman Donna Lupardo.

Women are encouraged to dig out a long black skirt and white blouse and make their own ribbons to wear. Men are also invited to march, as male sympathizers did in the original 1913 parade.

The committee is also inviting community groups and organizations to take part in the celebration. An application form can be found at www.broomehistory.org.

A workshop is planned for Tuesday September 12th at the Broome County Regional Farmers Market to show interested participants how to put together a costume. The workshop is from 5:30-7pm.