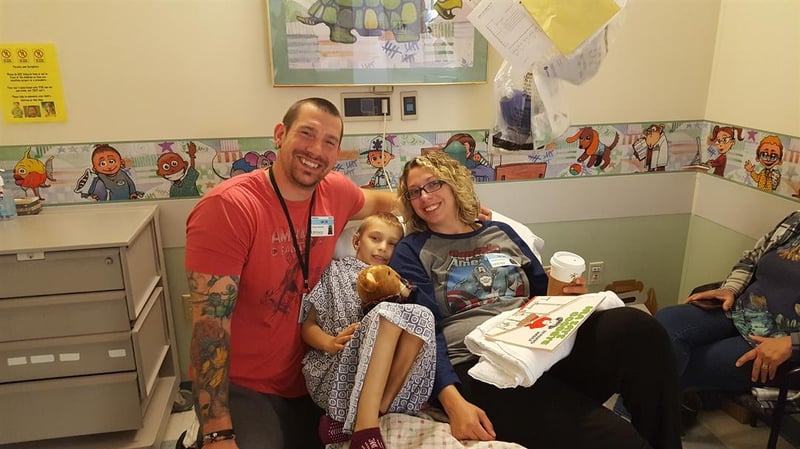 A month and a half into summer vacation, Tiernan Kriner is doing what a lot of kids are doing, entertaining himself. He's running around his Grandma's living room and doing splits. His other favorite things? Dancing and eating. It sounds like any 8-year-old kid.

During our whole visit, Tiernan couldn't stop smiling, showing his two missing front teeth. When you learn what he has been dealing with since June, that smile hits you even harder.

“Everything we do on a daily basis is different now," says Libby Kriner, Tiernan's mom.

Kriner knew something was off with her son. He was tired and she thought it was mono. But when the doctors ran tests, it was something far worse. Tiernan was diagnosed with Fanconi Anemia.

“I did not look it up at all," says Kriner, "We waited two weeks to find out and I was just afraid to know what it was.”

It's a rare bone marrow disorder. Only one in every 130,000 children are born with the disease. Fanconi Anemia means the bone marrow is failing and the body is struggling to make enough blood cells. And as Kriner would find out, there's no cure.

“I think the shock is starting to wear off a little, now it’s just the grieving process and trying to navigate our daily life and find our new normal," says Kriner.

Tiernan goes to frequent doctor appointments to closely monitor his blood cell counts and bone marrow. He may eventually need a bone marrow transplant. Kids with FA are more susceptible to developing cancer.

No cure, but the Kriners and their friends are not giving up. Neither is Tiernan. He has big plans.

"I wanna go to Africa," says Tiernan. When I asked him what was there that he wanted to see, he replied, "I don't know. I just want to go there and find out."

A fundraiser will be held on September 9th called "Tiernan's Fight Against FA." The event encourages the community to join the bone marrow donation registry to help find a match for kids like Tiernan who are fighting for their lives. The drive will be from 4-8pm at Tabernacle United Methodist Church on Main Street in Binghamton. Anyone between the ages of 18 and 44 can register to be a bone marrow donor.

For more information and to help out the Kriner family, you can visit Tiernan's GoFundMe page.