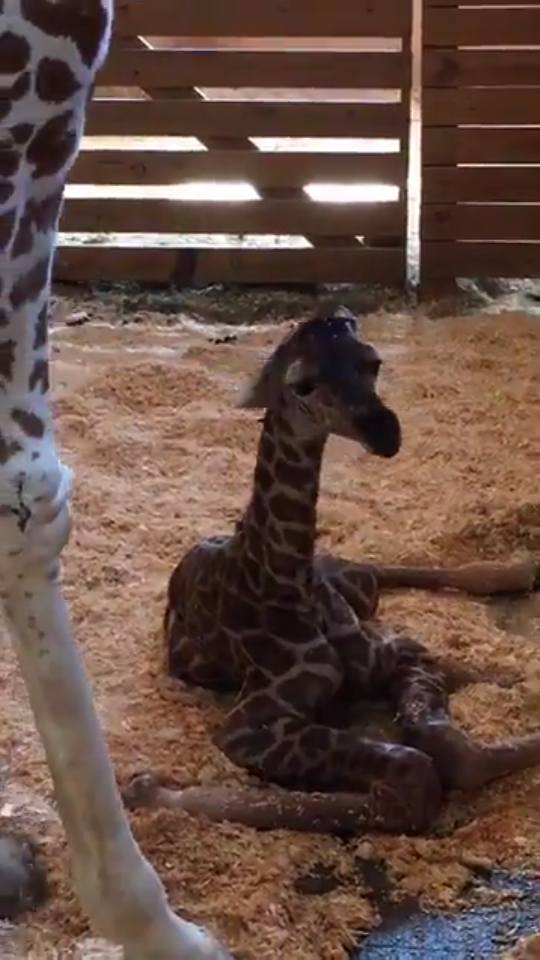 The park is starting a naming contest for April's baby calf - and said donations from entries will go toward giraffe conservation. Votes are $1 each with a 5 vote minimum.

"We've already contributed a significant amount to the Giraffe Conservation Foundation. We are going to continue that with your naming donations."

Some of the funds will also go towards Ava's Little Hero's. An event created for Patch's daughter who suffers from a rare form of epilepsy. The money will also go to help children in the community who have unexpected medical journeys and expenses. The final portion of donations will go towards the upkeep of the Giraffe's and improvements to the park.

"It's a celebration for everyone in Broome County right now. Then again on a grander scale, we've had millions of people tuning in, watching this Giraffe being born. It puts Giraffe's into that continued spotlight and puts attention on their conservation needs," said Patch.

During the interview at 10:28 a.m. Patch just got word that "Baby" is on its feet. As for Oliver, Patch said he could "care less."

Patch said the baby's gender will also be revealed later today. You can sign-up for the naming contest here.

UPDATE: April has given birth. A Fox 40 News crew outside the Animal Adventure Park in Harpursville reports the scene outside is relatively quiet. Everyone is inside with April and the baby calf. About seven cars are here. A spokesperson we spoke with earlier this morning said information will be sent to media later this afternoon.

April the giraffe is finally giving birth. Here is live-stream from Animal Adventure Park in Harpursville.