100 Years of Votes for Women: Broome and Tioga Team Up for Year-Long Celebration 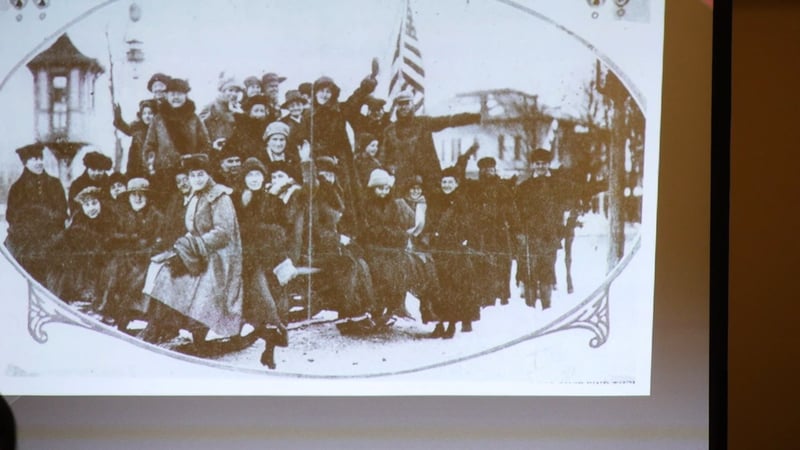 Broome and Tioga counties are teaming up to celebrate 100 years of women's suffrage in New York State. Thursday, New York State Assemblywoman Donna Lupardo and Tioga County Historian Emma Sedore discussed the contributions of our area to the suffrage movement.

Women such as the Ladies of Lisle, who were the first to vote in the state, paved the way for women across the U.S. They cast their votes three years before the 19th Amendment was passed. While this year is about celebrating the win for women's votes in 1917, Sedore says it's important to remember the years leading up to that date.

"Back in 1948, because those women knew what they wanted to do and boy they put up a big struggle and a fight," says Sedore.

The Broome-Tioga Suffrage Anniversary Committee is planning a series of events to be held throughout the year to commemorate votes for women in New York State. To get involved or learn more, you can email the committee at BTsuffrage@gmail.com.