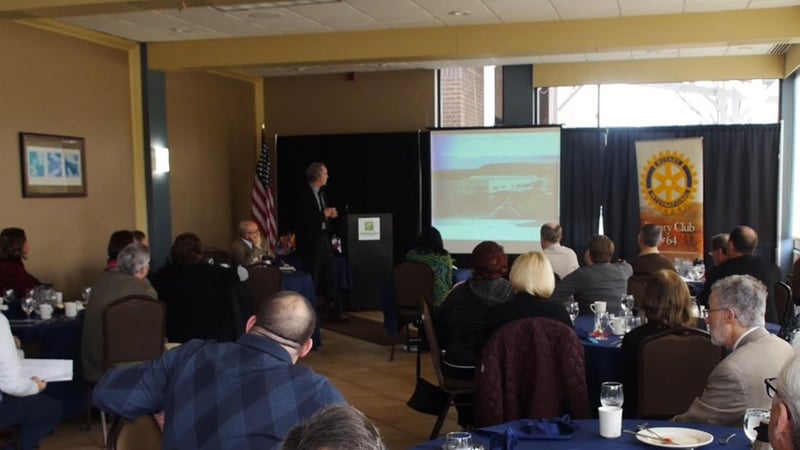 Some of SUNY Broome's latest on-campus projects were part of a discussion during a Rotary meeting in Binghamton Tuesday afternoon.

By fall 2018, the community college plans to teach courses including the basics of yogurt and brewing food science at its Calice Advanced Manufacturing Center.  The school's Mechanical Technology building is being renovated into this new center.

"It will include a high-tech soldering lab, clean room, which will allow our students to be trained in modern manufacturing," said Cathy Williams, Executive Director of the BCC Foundation.

The BCC Foundation helped to support a portion of funding for the $9 million project.

Related to food and advanced technology, but on a different part of campus, a new agriculture program is in conceptual stages.

"The new thing we're taking a look at is Controlled Environment Agriculture -- high-tech, organic green houses if you will," said SUNY Broome President Dr. Kevin Drumm, "They're all computer-operated and turn over organic healthy crops in a short period of time, but year-round.  Which of course, a controlled environment, is a big advantage in the northeast."

"Broome, Binghamton, Cornell, and RPI at this point are all involved in the Controlled Environment Agriculture project.  Some of these big foundations that would never fund Broome by itself would fund a consortion like that. So there's much better possibility that we could get funding for something like that through this new foundation effort with SUNY than if we were just trying to do it on our own," said Drumm.

With these and other projects in the works on-campus -- including the Agency's "one-stop" economic and business development center, which is expected to be complete this summer -- Drumm said the goal is to get students even more ready for future careers.