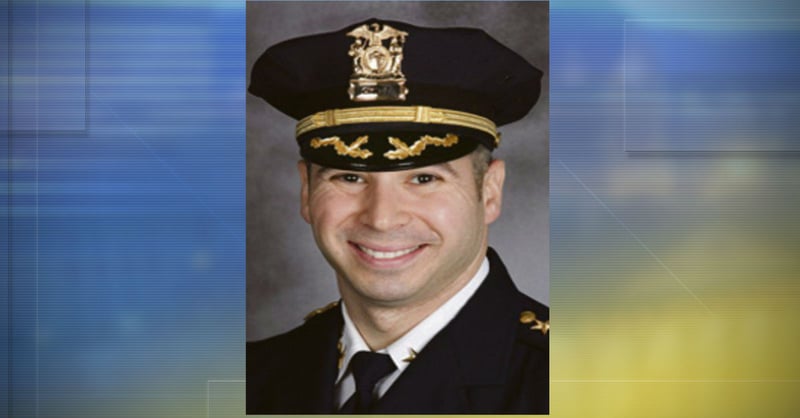 City of Oneonta Police Chief Dennis Nayor has accepted the position of Director of Research, Development, and Training with the New York State Association of Chiefs of Police.

He will continue to serve as Chief of Police through mid-January, 2017. Chief Nayor began his career as a Patrol Officer on September 27, 1995. Since that time, he has served as DARE Officer, Sergeant, Interim Detective Sergeant, and Lieutenant. He was promoted to Chief of Police on April 29, 2012. Under his leadership, the department received New York State accreditation, meeting 133 rigorous standards for best practices in policing. Less than 8% of New York State police departments of comparable size have earned this accreditation.

Chief Nayor states, “Although moving on will be extremely bittersweet, I can do so with confidence in knowing that I will be leaving the Department in the hands of an extremely well qualified and capable staff of supervisors, officers, dispatchers, and support personnel. I can also move forward with confidence because I know that the community will continue to be protected and well served by a highly trained and fully accredited police agency composed of men and women who possess a strong community-policing mindset that is needed for success”.

Mayor Herzig states, “I congratulate Chief Nayor and wish him the best as he undertakes this new challenge. I believe I can speak for the people of Oneonta in expressing appreciation for his work in protecting our safety and our quality of life. His understanding of effective community policing during difficult times has been invaluable to us. During the coming days, I will work with the Chief in creating a transition plan that will provide the department with the leadership needed to continue to serve our city with distinction”