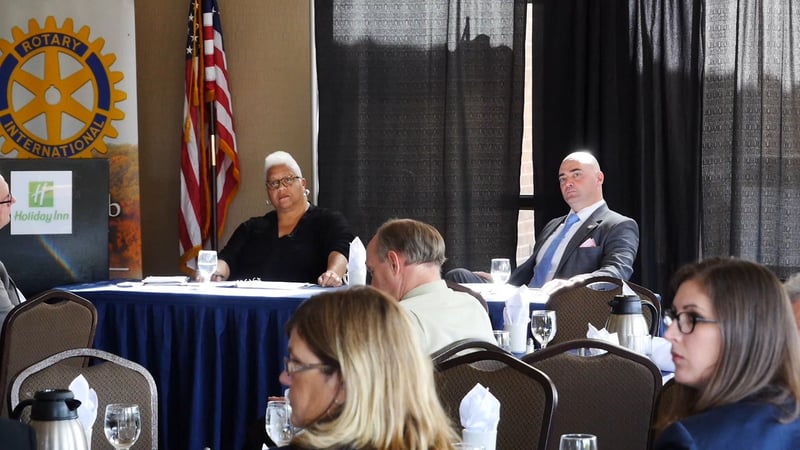 "You actually have the ability to put someone on the spot and say 'look, this is what I'm concerned about,'" says Rotary member Elaine Miller.

One of the main concerns from Rotary members and candidates alike? The local economy.

"We have an economy that is starving," says Senator Fred Akshar.

While both candidates believe that the economy is a major issue to be addressed, their plans on how to fix it differ. Akshar advocates for lowering taxes on businesses and relaxing regulations to make it easier for new businesses to prosper.

"The only way we can improve the economy, the only way we lower taxes or create jobs is if government gets out of the way," says Akshar.

Ball believes that economic success is tied to other issues of community well-being. If residents are happy in their community, more companies will be drawn to it.

Akshar, the Republican incumbent, is running for his first full term after being elected following the resignation of the late Tom Libous. Ball, a democrat and the former head of the Broome County Arts Council, is running for office for the first time.