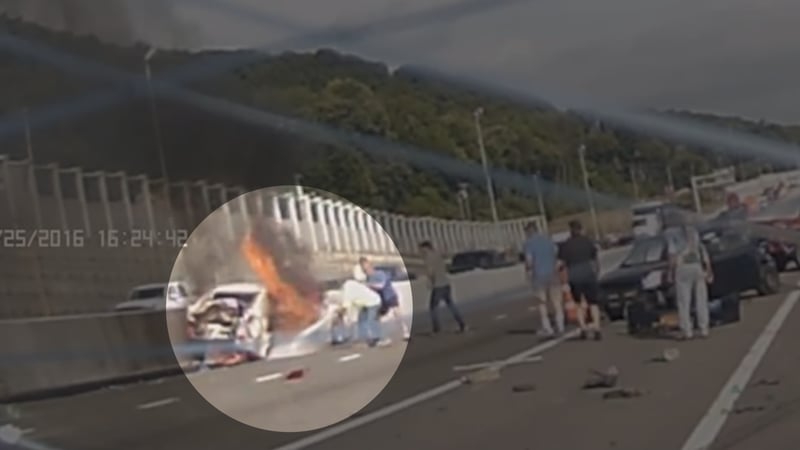 Fox 40 continues coverage of Good Samaritans in last Thursday's 10-car pile up with no fatalities on Route 17 in Binghamton.  The city's Mayor, Rich David, says he has plans to publicly recognize those who risked their lives to save a woman from a burning vehicle.

Mayor David posted dash-cam footage on his Facebook page Monday, to identify those who saved the woman.

The video went viral and Binghamton resident Ed Staff, along with an Albert Fiori, Doug Kumpon and Chris White were identified.  Staff says they didn't know each other before the incident.

"We're not heroes, we were just the first ones there.  So someone had to, you know, get her out of that car," said Staff.

Mayor David says the men are, in fact, heroes.  He says he plans to present them each a key to the city.

"I've really only given a handful out, a very low amount in my tenure as mayor.  And I think through their heroic actions, these individuals deserve the highest honor that the city and the mayor can give them," said David.

David says a date is to be determined, but he plans to invite community members to the event.  The mayor says there is at least one other person the city is in the process of identifying as well in connection to this rescue.