John Guzy Found Guilty of Murder and 14 Other Counts 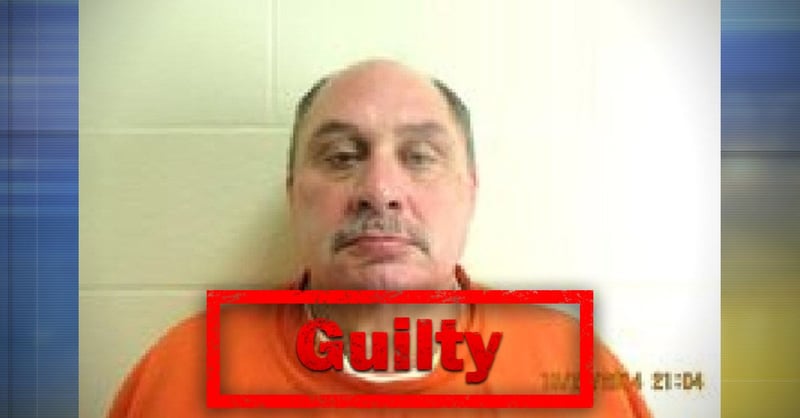 John Guzy, the Bainbridge man is accused of killing another man during a fit of road rage, has been found guilty of 15 of 17 counts including second degree murder, attempted murder and several other charges.

After three days of testimony, it took Judge Frank Revoir just over an hour to return with a verdict Wednesday afternoon.

Guzy, 57, was convicted of shooting and killing 26-year-old Derek Prindle Jr., of Afton, in October 2014, and shooting the victim's father, Derek Prindle Sr., 61. He was also convicted of first degree assault, driving while intoxicated, tampering with evidence, and several counts of criminal possession of a weapon.

Revoir dismissed two counts of criminal use of a firearm, because those offenses were addressed with the conviction of first degree assault.

New York State Police say it was tailgating that lead to a heated confrontation along State Highway 7 in Bainbridge -- where Guzy opened fire on the Prindles. The father was seriously injured, but survived -- while his son died in his arms, on the scene outside of Peak Fitness.

Guzy took the stand during the final day of testimony and gave his detailed account of the shooting.

According to Guzy, a retired NYPD cop who was working as a part time Chenango County corrections officer at the time, he was following Prindle Jr.'s Hyundai closely because he was driving 51 miles per hour, in an area where the speed limit was 55. Guzy claimed that he passed the vehicle, and the driver stuck his hand out the window and gave him the middle finger. He said he pulled over, hoping that the two men would simply drive by.

Guzy said the father and son got out of their car, attacked him, and he shot them out of fear for his life. But on the stand, Guzy admitted he was driving drunk and illegally carrying a loaded weapon when the crime took place -- he also admitted that he could have fled the scene rather than opening fire.

Chenango County District Attorney Joseph McBride said Guzy's actions that day were completely inappropriate, and inconsistent with his training as a law enforcement officer. McBride said Guzy had a responsibility to identify himself as an officer of the law, provide aid, and call police from the scene -- none of which he did.

McBride argued that Guzy was both unsafe and irresponsible when he left his home intoxicated, with a loaded firearm that he did not have a license to carry. He said Guzy's only reason for pulling over was to get into a confrontation with the Prindles. Guzy admitted to spitting on Prindle Sr. before any physical contact took place -- and McBride said that because Guzy initiated the confrontation, and because he could have left the scene, he was not justified in using deadly physical force.

Prindle Sr. delivered emotional testimony Monday. He told the judge he pulled over to find out what Guzy's problem was --  he said Guzy immediately threatened to kill them both, spit in his face, and shot him, before shooting his son fatally.

McBride says it was the heart-wrenching words of a grief-stricken father that shined light on the truth, and allowed justice to be done.

"The next day (after the shooting) I went down to see this man, who was recovering from his gunshot wound. And I told him how important it was to make sure that he survived," McBride said. "He did, and he was able to speak justice here."

"Nothing will ever bring my son back, obviously, or replace what we're missing with him being gone. But justice has been served, that's the main thing," Prindle Sr. said. "This man was a coward, he was a drunk, obviously out of control and running loose in our society. Joe's put him away, and he won't hurt anybody else ever again."

The courtroom was packed with supporters of the Prindle family, who erupted into applause after the guilty verdict was read.

Defense attorney Benjamin Bergman declined to comment after the verdict. Sentencing has not yet been scheduled.