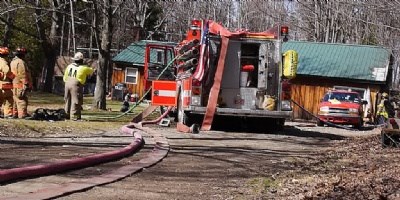 A local family of five has been displaced from its home due to a fire.

Crews responded to the blaze Wednesday afternoon on a back road off of Park Ave. in Town of Binghamton.

The home was damaged, but the extent of the damage appeared to be limited. firefighters were working to fight it from spreading outside of the structure.

Smoke was also seen in a wooded area near the home.

We can report that no one was injured in the blaze.