Bearcats stumble in loss to Cornell 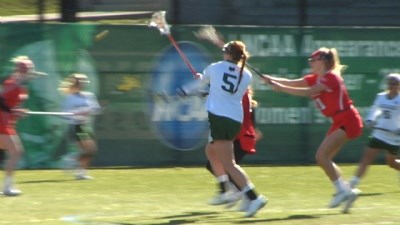 The Big Red fired off the first four goals of the game before the BU offense came to life. Rebecca Golderman scored her first goal of the game at 20:37, and five minutes later Jacqueline Kennedy added an Binghamton's second. Golderman made it 5-3 on a free position shot, but that was as close as the Bearcats would get. Cornell closed the half with two goals, and then opened the second with four more to stretch the lead to 11-3. Binghamton's final two goals were scored by Sophia Racciatti and Golderman, the latter being her third of the game.

The Bearcats return to action on Saturday, April 2, when they welcome conference-foe New Hampshire for their first America East game of the season.